“In politics, nothing happens by accident. Whatever happens, you can bet it was planned that way.” This quote, or one very close to it, was attributed to FDR in an underground book promoted by conspiracy theorists in the early 1970's. That book went on to become a multi-million seller. Whether or not Roosevelt actually said it, the statement was as true then as it is now.

The Irregulars by Jennet Conant offers a romantic examination of people and events leading up to the entry of the United States into World War II and its continued involvement. The story she tells is in fact, better than fiction and rivals the likes of Le Carre, Tom Clancy, or Ian Fleming (who is also a principle in this book). The title is a sly reference to Sir Arthur Conan Doyle. This reviewer had the good fortune to attend public schools when history was taught in depth, and we spent several weeks on each world war. I thought I was a well informed history buff until I found this book in the Newark airport.

Conant educates her readers with thoroughly researched facts(20 pages of notes and a seven page bibliography) crafted into a suspenseful page turner. She includes enough rumors and gossip to satisfy even the most inquiring minds. Readers of more current generations will be interested in the intrigues, mysteries, and romantic adventures of a wide variety of characters including heads of state, millionaire business types, spies, and a common soldier who became a war hero.

Long familiar with the stories promoted by right wing zealots that FDR knew in advance about Pearl Harbor and allowed it to happen to get the USA into the war, I had no intimate knowledge of the lengths Churchill had gone to in order to get allied support. This is the part that conspiracy theorists will love. From the preface, “...Winston Churchill dispatched William Stephenson, aka Intrepid, to America [in 1940] ...to prod the country into action…by means of sabotage, propaganda, and political subversion.” “Stephenson…managed to create an elaborate clandestine organization whose purpose was to weaken the isolationist forces in America and influence U.S. policy in favor of Britain.”

The soft cover edition contains 391 pages, including sixteen pages of glossy photos which this reader found most helpful. It’s more engaging to have an accurate mental image of some of the colorful personalities being described as you read. The framework of the book is the story of a Shell Oil employee who enlists in the RAF, crashes a fighter plane (not in combat) and becomes a war hero. He is then sent to America as a “voluntary informant” (spy). During his tenure as a spy in Intrepid’s network, he hones his writing skills which he uses after the war to penJames and the Giant Peach and Charlie and the Chocolate Factory. He also wrote the screen play for Albert Broccoli’s production of You Only Live Twice.

During the war years Roald Dahl established a diverse and impressive network of contacts. He could be a poster boy for today’s network marketers! He gained the trust and friendship of people in high places, low places, and everywhere in between. His list of contacts is a name-dropper’s delight: Walt Disney, Charles E. Marsh (Texas newspaper magnate and inspiration for the television series, The Millionaire), Walter Winchell, Clare Boothe Luce, Ernest Hemingway, V.P. Henry Wallace, and First Lady Eleanor Roosevelt. There were many others but none more important than Marsh. Dahl became Marsh’s protégé and used their friendship as an entrée to establish many of his other contacts.

Just as Dahl used Marsh and Marsh’s contacts to establish his own network, Conant uses Dahl’s story to connect the many personalities and the role each played in Britain’s desperate gamble. It’s still difficult for me to favorably compare Dahl’s mission (cultivating the friendship and trust of influential men in America while sleeping with their wives) with that of the infantry soldier crawling through hedge rows and dying in fox holes. Perhaps Machiavelli was right when he said, “He who overcomes an enemy by fraud is as much to be praised as he who does so by force.”

Suzanne de Cornelia: JFK, Jackie & Peonies
The older I become,
The more I miss Camelot.
Posted by FCEtier at 9:32 AM 1 comment:

My wife and I were discussing Saturday Night Live the other night over dinner. Regular readers of this blog know that there is no news for me, only history. She was telling me about the recent guest host having been a currently popular singer. It seems this young singer had used the opening monologue to address several events that had happened in her life that had become commonly known situations to those who follow current events.

HAS NOT LABELED “JACKASS”: 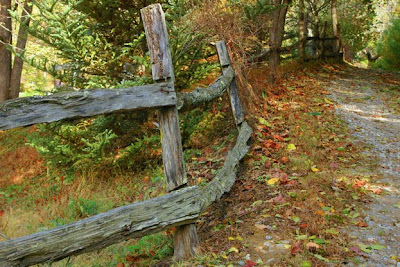 Take advantage of our 2009 holiday SPECIAL!
For the 2009 holiday season we are offering FREE SHIPPING in the continental USA and a 20% DISCOUNT on any size Etier Print.
To get these special prices, you MUST order before Thanksgiving via e-mail to this address:
chip@etierphotography.com
View the prints here: www.royalflamingoworks.com
See ten galleries of 15 to 20 prints each.
Most prints available in three sizes: 8 X 10, 13 X 19 and the most popular, 16 X 20 (all sizes in inches).
Prices include mat.
Posted by FCEtier at 1:04 PM 5 comments: