How I Watch Football 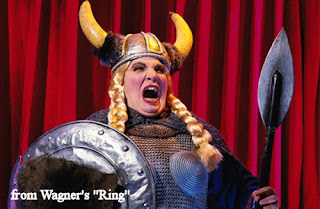 Seems like I've loved football all my life. Watching on TV is a lot of fun and I enjoy games when none of my favorite teams are participating. I just pick one of the two in the game and cheer for them.
Over the years, as I've gotten more familiar with the rules, listening to the announcers, commentators, and other talking heads has become boring, tedious, and irritating.
Many times, while watching an LSU game on TV, I would "MUTE" the sound and tune in on the radio so I could hear Jim Hawthorne, the "Voice of the Tigers". Living in the mountains of North Carolina makes it difficult to hear Jim now, so I've come up with another solution -- and it works for any game!
Again, I hit the "mute" button and now, I turn on my CD player and listen to OPERA!
Yes, you read that correctly, opera. One of my favorite performers is Kiri Te Kanawa.
One aspect of opera that appeals to me is the emotion -- and football games are full of emotion! Whether your favorite team is winning or loosing, it's a emotional roller coaster throughout. Years ago, the schools' bands were featured at half-time. Now we just get more commercials and talking heads.
Many public broadcast stations present the Metropolitan Opera on Saturday afternoons and that's great timing for college games.
NFL Films actually filmed a "Hi Mom Opera" years ago and that's where I got the idea. To see it, go to this link and skip all the way over to the last segment, at the "40 min" marker.
It's going to be a long time till football ends next year (the Superbowl isn't until May 2011), so enjoy the opera and have a great season!
Posted by FCEtier at 8:15 AM 6 comments:

Rush Limbaugh! An Army of One 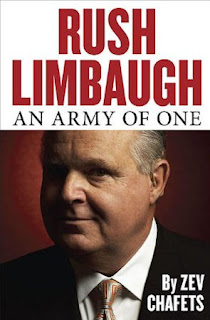 On August 12, 2010, Zogby International released poll results showing Republicans leading in this fall's elections while the presidential approval rating remains at 43%.
A June 2010 Gallup poll shows that people who consider themselves to be conservative outnumber their liberal counterparts by 2:1.
It's not common for the party in control to dominate the mid-term elections, but these numbers at lease raise eyebrows, especially considering the way Democrats dominated the last national elections.
Can observers credit Limbaugh as having influenced this turnaround? USA Today founder, Al Neuharth, reports in the August 6 edition that Limbaugh's daily radio show is carried on almost six hundred stations and has a daily listenership of "between 15 million and 20 million". He even claims to be a frequent listener himself.
Michael Harrison, publisher of Talkers, the leading trade publication covering talk radio says, "Limbaugh is more -- not less -- important than he thinks he is."
Lanny J. Davis, a lawyer, political columnist, and former Clinton aide says that Limbaugh is dangerous because "millions of people believe him."
I recently reviewed the new biography of Limbaugh, Rush Limbaugh An Army of One,by Zev Chafets, for Blogcritics.org. I was surprised to learn that Limbaugh's January 2009 comment about the new administration, "I hope he fails." set the Republican strategy for the November 2010 elections. Limbaugh's role models included Ronald Reagan, William F. Buckley, and Muhammed Ali. He privately supports gay unions and does not feel strongly about capital punishment.
It was interesting to note that Limbaugh's basic tenants, belief structure, and modus operandi haven't changed much, if any, from his statements in the 1993 Playboy interview. Whether you are a loyal fan, or hate is guts is irrelevant. You will benefit from this book either way. Read the complete review here.
Posted by FCEtier at 7:03 AM No comments: 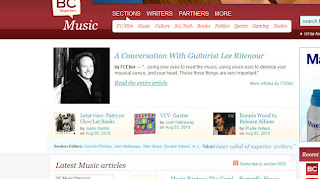 Instrumental jazz got me through pharmacy school. I hated to study in silence but lyrics distracted me. I needed some variety to classical and Mantovani. Dave Brubeck and "Take 5" came along just in time.
Over the years, I expanded my interests in jazz and started tuning in to WBRH (Baton Rouge High). It's the only high school radio station in the country and they play smooth jazz 24/7. Since I started writing for Blogcritics.org in October of 2009, it's been a pleasure to write about jazz music.
Check out my two articles on the work of Lee Ritenour. First a review of his latest project, 6 String Theory -- http://blogcritics.org/music/article/music-review-lee-ritenour-6-string/
And, then, a real treat for me, an interview with "Captain Fingers" himself!
http://blogcritics.org/music/article/a-conversation-with-lee-ritenour/
Enjoy the articles and please, I could use a few diggs, re-tweets, and shares on FB.
Posted by FCEtier at 8:15 AM No comments: