The shooter relaxed and watched the rain collect on the windshield as the wiper blades paused for a few seconds between cycles. 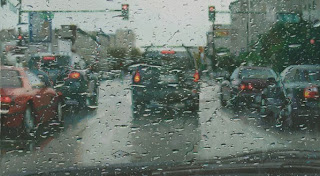 First, came images, then text. It was like e-mails appearing on the screen of her computer but now they were on the windshield right before her eyes. No time to read them as the wipers cleared them away with each wave. Always changing, more messages and no time to read nor savor them.

“Did my targets realize their own frailty, their vulnerability, their mortality? Were they able to adjust the length of time the blades of fate hesitate between each event?”

The light changed; the pace of the rain quickened and without a thought, her hand came up, her finger touched
the lever, and the wipers went from intermittent to regular speed — with no pauses.

The Setup
This weekend's eight sentences come from my first novel, The Tourist Killer. We have a targeted marketing program coming out in September. A blast of direct e-mails to subscribers who want info on books in this genre.
Claudia Barry is an elite professional assassin nearing retirement.
She's a boomer.
She's sixty-two years old.
In this scene, while driving in Manhattan, she contemplates how her actions, as simple as the movement of one finger, can alter the lives of others.

Here's the Facebook link for the  Sunday Snippett group.
Posted by FCEtier at 5:00 PM 20 comments: 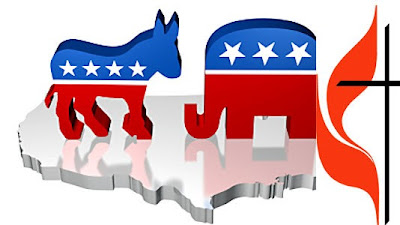 Ridge continued, “Of course it’s a depression -- caused by the Republicans -- they're ruining the country. If I see one in a crosswalk, I’ll run him over.”
Franklin York, still on the lookout for opportunities to stir up trouble asked, “How do you recognize them, George? What do Republicans look like?”
Ridge sneered in silent reply.
York asked, “What does that look mean?”
Fishinghawk, ever the linguist, answered, “He’s flipping you off with his eyes.”
Reverend Tommy Pritchett smiled and asked, “Yeah, George. Do Republicans look anything like Methodists?”

The Setup
The members of  The Presidents Club enjoy teasing each other. They can dish it out ruthlessly and they can take it, too.
They're a nice fit for each other and constantly on guard for a slip of the tongue they can exploit.
They often surprise me with their smart ass remarks and clever rejoinders. 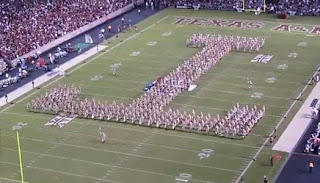 Guest blogger: Wayne Parris -- The Story Behind the Image

Our guest blogger is professional photographer, Wayne Parris. He tells me he as been involved with photography for so long it's hard to remember when he started. Maybe he grew up with a camera in his hands. He attended Asheville-Buncombe Technical College, and after receiving an Associate’s Degree in Criminal Justice, he decided to join the US Army as a Blackhawk helicopter crew chief.  Wayne spent twelve years in the U.S. Army.  He is currently a commercial pilot, which also allows time for his
photography business.
His article today tells the story behind one of his best-selling images and
begins a series of "The story behind the image" blogs.


A quiet walk through the woods often results in unexpected photo ops.
A thicket of small pine trees separated me from a creek that moved through the woods like a skilled hunter -- quiet and relentless.
I heard an unfamiliar sound.
It wasn’t the sound water makes on the rocks.
I crawled through the pines and took care to protect my camera equipment.
What I would find?
As I reached the creek, I discovered a Black Bear moving rocks and looking for food—probably looking for salamanders and spring lizards.
The creek was narrow and shrouded in Mountain Laurels.
The only thing I could see of the bear was her rear.  She turned and looked at me, then went right back to foraging for food.
She wasn’t threatened by my presence.
I always keep this rule in mind when photographing wild animals:
If the animal alters its behavior in any way, I’m too close.
If an animal feels threatened, it will get spooked and run, leaving the photographer with nothing but a wish for more patience.
Patience is key.
I have spent as much as an hour waiting for an animal to do what I wanted it to do.  I’ll touch on that in a later blog.
If I crossed the creek, I could get a better photo.  (When photographing bears, if you don’t see the colors on the face, you just see a big, black blob with very little
detail.)
I visualized where I was going to cross the creek, climb the hill on
the other side, and get the shot.
Then, I spotted a cub resting on a log.  I pointed my camera and was
able to see that he was looking at me.
Don’t get between a mother and her cub.
I decided not to cross the creek and stay right where I was.
I set up my tripod and adjusted my focus.
I kept glancing back at momma bear to make sure she was still okay with me being there.  She was still moving rocks around under the laurels.
I clicked off a series of images and stood there for a minute reflecting on what I had just seen.  As always, I said a little “Thank you”to the animals for letting me spend some one-on-one time with them.
When I first saw this image, I thought the little cub had a sore on its front leg.
It wasn’t until I ordered a 16x20 canvas wrap that I discovered that it had one of the rear feet underneath itself, and what I had thought was a sore was actually the claws on the hind foot.

You can find more of Wayne’s work at WayneParrisPhotography.com, or “LIKE” his
page on Facebook.
Posted by FCEtier at 5:00 PM No comments:

“The Council is more like a Medusa than it is a single snake. You cannot stop us by simply killing one or even two.”
“She’s taken out three that we know of, and if she gets LaFrance and Hussein, that would be five. How many heads y’all got?”
“If she takes out those two, and if Kleinstein is either dead, in hiding, or for some other reason, incommunicado, we’re screwed. The internal factions would -- if they haven’t already -- begin to act autonomously. The result would be chaos. Miss Braun may have unwittingly played into their hands and broken up the organization -- stay tuned, Mr. Hixon, but don’t expect to hear about it on the nightly news.”

The setup:
First speaker is Klaus Gershenfield, a member of the internatinoal conspiratorial organization, "Friends of Global Progress."
John Hixon asks a question, and then Gershenfield's reply closes the snippett.

What next:
Looking for more viewers, readers, and contacts?
Join us here at Weekend Writing Warriors. The same link will take you to the work of dozens of talented writers. Check out their work, too.
Here's the Facebook link for the Sunday Snippett group.
Posted by FCEtier at 5:00 PM 13 comments:

The return of Star Braun

In an alley two blocks away from Vito and Nick’s, Star Braun tossed her iPhone onto the front seat of her metallic black Maserati Gran Turismo S.
The black ski mask slipped off over her head with ease.
She tossed it onto the passenger side seat.
Seconds later the black catsuit joined the mask.
She looked around once more to be sure she was still alone, then stepped with confidence into the black halter-top evening gown and red stiletto heels.
How often do you see a Maserati and a naked woman in an alley in Chicago, she asked herself. The question elicited a smile.
She watched herself in the rear view mirror as she fastened the Mikimoto pearl choker around her neck.

The back story:
Readers first met Star Braun in The Tourist Killer.
Her boss and lover was a victim of professional assassin, Claudia Barry.
Star's back.
She's mad.
She's killing people.
Will she be the spoiler? The trump card? or the wild card?

Notes on the image:
The eight sentences above come from a scene written several weeks ago.
It's surprising how difficult it was to find an image of a blonde model with blue eyes in a black halter evening gown with red stiletto heels.
The model in the chosen image isn't blonde, but it's the closest I could find to my mental image of Star. Use your imagination.
Image credit: Alizeebridal.com

What next?
Looking for more viewers, readers, and contacts?
Join us here at Weekend Writing Warriors. The same link will take you to the work of dozens of talented writers. Check out their work, too.
Here's the Facebook link for the Sunday Snippett group.
Posted by FCEtier at 8:00 PM 21 comments: