For whom did you last vote?

+
The Eight Sentences
They could hear the dominoes being shuffled again,so Abe spun around on his bar stool to face the gamesmen and asked, “How many of y’all vote?”
His answer was four blank stares.
After a pause, York spoke up, “You mean in elections?”
Louie said to Abe, “Guess you got your answer, huh? What about you, do you vote?”
“Sometimes, the last time I voted was when Samuel L.Jackson and I voted for the brother, gimmie another beer.”

Louie volunteered, “The last time I voted was for Miss Rheingold.”

The members of the Presidents Club and their bartender discuss the relative interest of the general population in voting. Some people don't even bother anymore. Do you vote?
Louie the bartender did. He voted for Miss Rheingold in the beer company's annual competition.

News
The Presidents Club went live on Amazon earlier this week.
Official release date is Tuesday, Nov. 19. If you've enjoyed my snippets, I hope you'll help me with some exposure by sharing this link in the social media.

"When I lived in Baton Rouge, I knew quite a few people, men in particular, who would profess their belief that abortion should be banned. Complete total ban in every situation. They’d brag about standing up in meetings of the Knights of Columbus and announce bold, confident proclamations of their beliefs. They were fond of using absolutes like ‘always’ and ‘never’.”

“Ah, yes, but listen to this. Find one of those men out of that environment and ask them in private, ‘What if it were your wife or daughter that got raped by a retarded, homeless drug addict?’ The expression on their face would change and then you’d see what I’m talking about when I refer to, ‘situational ethics.’” 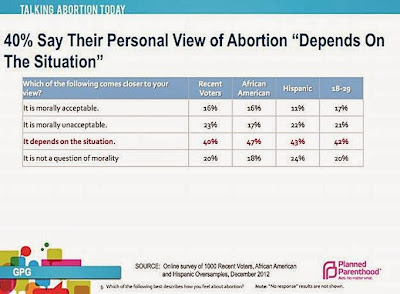 The Back Story:
Last week's snippet featured a conversation between professional assassin, Claudia Barry, and her only confidant, Mr. Debert, about her choice to put her unborn baby up for adoption.
Today's sample comes from another chapter in which she and Debert are discussing her career choice. During a lengthy diatribe in her attempts to justify her profession, the subject of abortion comes up. Claudia is a conflicted woman who has made conflicting choices and yet is still at peace with herself.

The Tourist Killer was featured this past Friday, Nov. 8, in the debut of a new website, The Fussy Librarian.
If you'd like your book promoted by direct e-mail to thousands of readers who have requested recommendations (by genre) then check'em out.

Debert pressed on, “It’s clear that your career choice had a major influence in your putting the baby up for adoption.”
“Picture this -- first grade teacher has each child stand up and talk about their family. My kid stands up and says, “I don’t have a daddy but my mom makes lots of money killing people.”
“You’re right, that wouldn’t sound good,” replied Debert, playing along.
“Besides, it’s too late now anyway.”
“What do you mean?” Debert became concerned.
“I’ve already killed someone --two, in fact.”
There was a long silence, Debert was stunned and speechless.

The Back Story:       It's 1976, three years after Roe vs. Wade and Claudia finds herself pregnant. The above eight sentences come from the flashback in which she visits her doctor in the Hackensack, NJ Planned Parenthood office. Claudia has decided to pursue a living killing people, but when faced with this choice, she chose adoption. A PP doctor will deliver the baby. In that same scene, she meets with the only person she can trust (Mr. Debert) and they discuss her conflicted nature and her current situation.

[Special thanks to my good friend, Art Hoffman who traces his involvement in the family planning movement way back to 1970 when he began working at his first Planned Parenthood in Chicago, Illinois. Over the ensuing decades he also worked for or supported Planned Parenthood affiliates in Los Angeles CA, Rochester NY, Albuquerque, NM and Louisville, KY. Not surprisingly, most of his co-workers were females, so he developed an admiration for strong, fearless and independent minded women. Perhaps that is why Claudia intrigues him so.]