Folkmoot USA is North Carolina's official international festival. For over thirty years this organization has brought performers from around the world to dozens of venues in western North Carolina.
Thousands of visitors descend upon Waynesville and the surrounding area to participate, volunteer, and enjoy the shows.

Each year, FCEtier Photography and Royal Flamingo Works, LLC present a slide show focused on the smiles and beauty of the performers, spectators, and volunteers. We proudly present the 2014 edition:

Posted by FCEtier at 6:32 AM No comments: 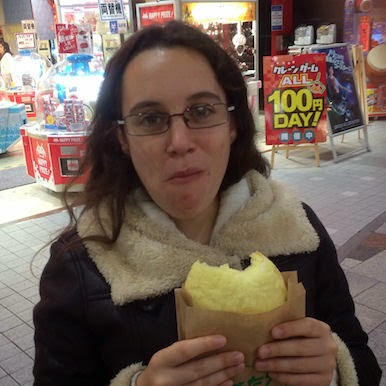 I'll have a glass of chianti, please.

Louella said, “Bye bye, now,” and lowered the receiver of her vintage 1963 telephone onto its cradle. She went into the kitchen and selected her favorite glass from the cabinet over the sink. One of these days, I’ll splurge and get a wine stem. This glass the Welch’s grape jelly came in is fine for now. She poured it half full of Bell’Agio Chianti, held it to her nose and looked back at the bottle. Hmm...vintage 2012. Oh well, two tears in a bucket.
By the time she was settled into her recliner, the glass was almost empty.

The Back Story:
In this scene from my third novel (a WIP, A Year Without Killing) Mrs. Johnson is back at home after a mugging and purse snatching. She's safe but upset. She was the recipient of the good deed from Claudia Barry, mentioned in THIS BLOG a few weeks ago.

"Too much of anything ain't good for you."

When I hear the term, “infodump,” the first name that comes to mind is that of the late author, Tom Clancy. Others who fit into that category include James Michener and Michael Crichton. No doubt readers can rattle off the names of other authors whom some feel provide “more information than I want to know.”
On the other end of the technology spectrum for a writer, simply saying, “The woman shot her gun,” is not sufficient to stand alone. Readers deserve more.
How much more?
It depends.
Just a ounce of details can produce a ton of credibility.

The Set  Up:
An excerpt from my third novel, a work in progress titled, A Year Without Killing, appeared in this BLOG and introduced a technical topic. It was unnecessary to go into great detail, just give the reader the basics so they would understand that my main character applied a learned skill out of habit.
I was inspired by a comment to write a blog about "infodump."
These eight sentences come from that blog.
The title is a quote from my late father, my most frequent source of inspiration.

Consider joining us:
Looking for more viewers, readers, and contacts?