A Year Without Killing -- the first 886 words

A Year Without Killing by FCEtier

She stayed close to the buildings, away from the crowds, and glanced at every face. Every movement got her attention. It was an old habit and hard to break. It had kept her alive. She took deliberate strides toward 8th Street.
The drizzle had stopped, the skies were still overcast, and the sidewalk wet. It would have been impossible for her to miss the action fifty feet ahead of her.
An African-American woman who appeared to be in her late sixties stepped onto the sidewalk and headed towards Claudia. She needed a cane to keep her balance. Her body swayed from side to side like the wand on a metronome. A built up shoe compensated for a short leg. Every step required extra effort. That woman’s about my age, Claudia thought.
Then it happened.
A tall skinny male Goth stepped in front of the black woman. He grabbed the strap on her purse and jerked it from her grasp. His next decision was one of the worst of his life. He ran right into the path of a semi-retired assassin with a sense of justice.
As the mugger passed, Claudia Barry moved her five foot five medium built frame into his path and delivered a forearm to make Anthony Munoz proud. The Goth surprised her. He bounced off, continued down the sidewalk, and disappeared into an alley. He won’t get away so easy. She stepped out of her heels and gave chase. He’s no match for my aerobic endurance.
He collapsed behind a dumpster and complained out loud, “Fuck! I’m too damned out of shape. Bitch thought she would be a fuckin’ hero. Guess I showed her.”  He opened the purse and began to toss the contents off to his side. “Not much in here. Done better many times. Ain’t enough for a decent fix.” He put his hand onto the pavement to stand and it touched a stocking covered foot. He raised his head and made eye contact with Claudia, “Where the hell did you come from?”
Their eyes met and she held him motionless in her concentrated gaze.
Her dark brown eyes dared him to move.
“I’ve been here all along. And I’ll never leave you.” While she spoke, she produced a tactical switchblade. In the blink of an eye, the blade sprang from the front of the handle and removed a button from his shirt with a quick, precise flick of the attacker’s wrist.
He bowed his head and looked down at his chest.
His heart pounded.
He felt it in his ears.
He gasped and couldn’t breathe as she continued.
A second button fell to the ground, then a third.
“Oh my god, what do you want?”
He looked back up at her malevolent expression and pleaded, “Oh god! Don’t kill me, please!”
Sweat covered his forehead and top lip. He couldn’t keep his hands still.
He bent double, convulsed, and endured several dry heaves.
The attacker allowed her victim to scramble to his hands and knees.
He was able to breathe after a few seconds.
Then he felt the knife blade under his chin. It forced his head up and the two made eye contact. The woman terror spoke again, “Put everything back into the purse and then grab your ankles.”
He tried to answer but couldn’t speak.
His sweat-covered hands trembled.
After several futile attempts, he managed to replace the contents of the woman’s handbag, change purse, keys, checkbook, photos and a Vicks inhaler. He sat on his knees, grabbed his ankles, and looked up.
Claudia Barry frowned and grabbed a handful of his hair with her left hand. Her right hand guided the knife blade to the left corner of his mouth.
“If you ever think I’m not around, just look over your shoulder. I’ll be there. You may not recognize me, but I’ll be there, always on the watch. I’ll recognize you because you won’t have a lower lip.” The blade penetrated his lip until it reached the gums of his lower jaw. A quick wave across his chin and the Goth purse snatcher had no bottom lip. He passed out.


Claudia’s rapid steps had her back at the sidewalk in seconds. She looked both ways in hopes the woman was still within eyesight. The victim was gone, but a street vendor handed the impromptu vigilante her shoes and a hot dog. “I see you got the purse back. Nice job, Lady.”
“Thanks. I don’t suppose there’s any chance you know her…”
“Don’t know her name, but she’s one of my regular customers. Does domestic work around here somewheres.”
“Her address is in her purse, I want to return it.”
“Can’t help you there. You got one of them gadgets on yer phone?”
“GPS, yes. I’ll find her. How much for the hot dog?”
“On the house, Lady. Enjoy it.”
As she turned to leave he said, “Oh, one question if you don’t mind.”
Claudia turned back and faced him, “Go ahead.”
“You really put a move on that kid. I’m impressed. Would you mind, ah, I’m forty-nine and…”
“I’m a baby boomer. Do the math.”
She smiled, winked, and left with the hot dog. She looked at her wristwatch, I’d better hurry or I’ll be late to meet Mr. Debert.

Want feedback on your work?
Do you want to know what  readers think when they read the first page of your book? Welcome to The First Page Review blog hop happening during the month of October.  The idea is simple. Sign the linky list, linking your own blog post that contains the first page--NO MORE than the first 1,000 words of a WIP, a manuscript, or a novel, published or unpublished.This month-long blog hop is meant to answer one simple question for each participant. After reading your first 1,000 word, would a person continue reading it?
Posted by FCEtier at 12:21 PM 8 comments: 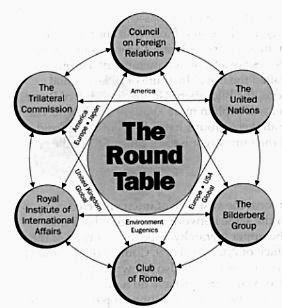