Stereotypes, Profiling and Prejudice -- A Prelude to Black History Month

Role-playing is a part of our lives. Americans are used to it. There was an entire session devoted to teaching us how to change roles quickly and completely in the Dale Carnegie Course I took back in 1978. At the time, I had a wife, two small kids and a job. Throughout the day I had to change roles frequently. Daddy, husband, gardener, mechanic were all different duties around the house. At work, doing my specific job wasn’t enough. At times I was a counselor, cashier, stock boy, janitor, and pharmacist. It’s hard to avoid letting one role interfere with another.

Often, our societies and cultures assign us roles. Many times those assignments are based entirely on the color of our skin, our ancestry, where we live, or our religion. As the general public becomes familiar, those assignments morph into stereotypes. How we respond, of course, varies. In 1650, George Fox mentioned in his journal that his religious sect was ridiculed because they would “tremble at the word of God.” Over time, The Society of Friends embraced their stereotype and now everyone knows about the “Quakers”.

Emphasize, or over-emphasize an aspect of a subject and you have a caricature. One example that comes to mind would be a drawing of Jay Leno with an overly large bottom jaw. Archie Bunker was a character whose popularity and acceptance turned out to be the antithesis of his creator’s intent. According to Wikipedia, “Norman Lear was shocked when Bunker quietly became a beloved figure to much of .” Meant to be a parody of right wing bigotry, the caricature of Archie Bunker actually represented the mindset of many viewers.

Some might be surprised to learn that an outspoken apologist for Mr. Bunker was the man who once described himself as “the most discriminated-against person in . I’m short, Jewish, and black.” None other than Sammy Davis, Jr. himself made a guest appearance on All in the Family to tell Bunker that he liked him. Again from Wikipedia, “he [Davis] felt that Bunker’s ‘bigotry’ was based on his rough life experiences and also was honest and forthright in his opinions, and showed an openness to change his views if an individual treated him right.” Mr. Davis should know. He made a career of playing the stereotypical role that his audience wanted and expected – the subservient buffoon of the infamous “Rat Pack”. (We’ve often wondered if Sammy Davis, Jr. ever enjoyed a life of his own, free from his role, or if he was consumed by the part he played.)

Discrimination leads us directly into profiling. This writer experienced it back in 1973 when a long lost cousin from asked if we saw many alligators on the way to school every day in . He thought I rode in a pirogue to school. Mention a “redneck sheriff” and images of Jackie Gleason in “Smokey and the Bandit” come to mind. So I end up married to a New Jersey Yankee, and she thinks I’m Gomer Pyle!

Flash forward to a CNN report in 2005 from Paula Zahn about an airline ticketing agent who checked in Mohamed Atta on September 11, 2001, who “would later say that looking at the pair his first reaction was to think ‘If this doesn't look like two Arab terrorists, I've never seen two Arab terrorists.’ But he immediately felt guilty, and had no legal grounds to search on the basis of their suspicious appearance had he wished to.”

Many readers will remember the story of Danny Glover and his experience with the cab driver (who was allegedly of Arabic descent). In a stunning turn of events, on , bvblackspin.com reported that Fernando Mateo, head of the New York State Federation of taxi drivers, (who himself is of black and Latino origin) urged his members to racially profile their passengers. Said Mateo, "I don't care about racial profiling. You know, sometimes it is good we are racially profiled, because the God's honest truth is that 99 percent of the people that are robbing, stealing, killing these drivers are blacks and Hispanics.” What would Archie Bunker or Sammy Davis, Jr., say about that?

The late Michael Crichton, author, medical doctor and anthropologist defined prejudice as “opinion in the absence of evidence.” When we form opinions based on stereotypes, caricatures, profiling and prejudice, we make mistakes that can not only be embarrassing to ourselves, but potentially hurtful and disrespectful to the subject. Dr. Dorian McCoy, a personal friend of this writer earned his doctorate at L.S.U. and took a job teaching at the several years ago. He is Assistant Professor of Higher Education and Student Affairs and recounts this frequent occurrence: “Many times I was asked by strangers (all white) during our first two years here, ‘So, you are a coach at UVM?’ Why is it that people assume if you are African American and work in higher education - you are a coach?”

Stereotyping, profiling, and prejudice may be the only facets of inter-racial relations that are truly non-discriminatory. We’ve all been victims and we’re all guilty as charged. Will complaining about it, acts of aggression and filing suit help? Perhaps we should take the advice of Jesus Christ when he said, “He that is without sin among you, let him first cast a stone.” (KJV). Remember the question asked in 1991 by another man who became famous, “Can’t we all get along?”

The answer to Rodney King’s question should be a resounding “Yes!” It will take generations of hard work, self examination, and individual acceptance of responsibility for attitudes and mutual respect for it to happen. But it’s possible.

Posted by FCEtier at 9:24 PM No comments:

Reprise Records is releasing a new collection of songs from Frank Sinatra, Dean Martin, and Sammy Davis, Jr. Don't ask me how they selected the songs. All the selections are fine, especially the ones by SDJ, but two of my favorites are missing!
"Just the Way You Look Tonight" by Sinatra and
"That's Amore!" by Dean Martin
Here's the link to my review: http://digg.com/news/entertainment/rat_pack_memories
Thanks for clicking through and checking it out. A comment would be great, too!
Posted by FCEtier at 7:44 PM 1 comment:

Hugh Hefner is in the news again. If he's not getting married, buying out stockholders, or announcing new products, he's stirring up things in the media.
If nothing else, he certainly knows how to get headlines.
Check out my report here:
http://technorati.com/technology/gadgets/article/playboy-ipad-takes-it-all-off/
Posted by FCEtier at 6:30 PM 1 comment:

Check out my review of a special program. Jeff Beck et al honors Les Paul with a great show. Lots of PBS stations used this last fall in their annual pledge drives.
http://technorati.com/entertainment/tv/article/jeff-beck-honors-les-paul-mdash/
Posted by FCEtier at 9:24 PM No comments:

Check out my review of a great jazz/photography book. Do you believe photography is art? Do you see photography as art?
Do you enjoy jazz music?
Here's the link to my review: http://technorati.com/entertainment/music/article/your-pictures-have-soul/
Click through and read the review. Please leave a comment.
Posted by FCEtier at 7:15 PM No comments: 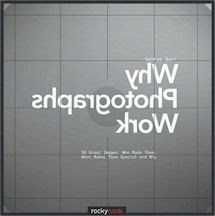 One of the best ways a "self-taught" photographer can learn, is to study the work of other artists that are regarded as being successful, "critically acclaimed", or a "master". That was true back in the summer of 1969 when I studied drawing at Louisiana Tech. I spent many hours in the library or in galleries trying to learn from the work of others.
Now, here comes a photographer who for over forty years has been considered a master at his craft. He has collected the work of fifty-two other photographers (who all are considered to be artists) into one volume. What a great book!
You can read my entire review and see three sample images here, at Technorati.com.
The first image in the book just happens to be the work of another author who's book I reviewed just a short time ago. Bruce Barnbaum's "Circular Chimney" starts the collection. Click through and see what you think.
Posted by FCEtier at 5:40 PM 1 comment: