Almost seven years ago, I read an interesting article in Shutterbug magazine. It was about "self-assignments" for photography projects. They suggested that for one month, try to take as many different images of "stairs" as possible. All different types and locations of stairs would be great. I took images of staircases and steps both inside and out, fancy and plain, modern and traditional. I even found a set of concrete steps in the yard of a lumber company that was being offered for sale. The next month, the subject was anything "green". Each month, readers were encouraged to select a different subject.
Well, the images above didn't come out large enough. Wanted to show an example of serial photos with signs. The reader board at the church -- seen through a wet windshield says, "Pray for rain." The diner is the "No Name" diner and the portable reader board says, "Go green. Buy army surplus". The motel sign says, "Welcome Hookers -- Lowest Rates". I guess I'll sacrifice spontaneous humor for the example of the serial photos. [sigh]
It was serial photography. Now, Harald Mante has written a book about it. Serial Photography -- Using Themed Images to Improve Your Photographic Skills will be available on February 28, 2011 and would be a great investment of both your time and money. I recommend it highly!
Posted by FCEtier at 6:47 PM 2 comments: 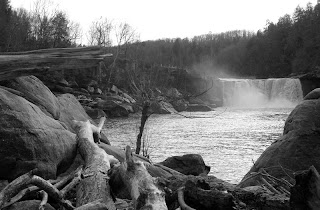 Watch for my images soon on a new website dedicated to "travel photography". When the site is up and running, I'll post a link. (Sample image included here is Cumberland Falls in Kentucky. The image is copyrighted by RFWLLC and it's use or reproduction is prohibited.)
Meanwhile, here are a couple of books I've reviewed that relate to the subject.
http://technorati.com/entertainment/article/book-review-the-art-of-photography/
http://technorati.com/entertainment/article/exploring-north-american-landscapes-by-marc/
Posted by FCEtier at 12:14 PM 2 comments:

For over 25,000 years, the nude as been the most enduring subject in art.
So, is it art? Is it erotica? Is it pornography?
Art historian, Tim Marlow, hosts a new DVD containing four episodes discussing "The Nude in Art" will be released on February 22, 2001.
Read my review here: http://technorati.com/entertainment/article/nude-in-art-with-tim-marlow/
Posted by FCEtier at 8:55 PM No comments:

My review of a collection of short stories (originally published in Playboy) was published today over at Technorati.com.
The book is available on Amazon in both paperback and on Kindle. I highly recommend it both for yourself or as a gift. The Masters Golf Tournament is less than sixty days away as baseball season is right around the corner, too.
You can read my review at the link below: http://technorati.com/entertainment/article/crashing-augusta-real-life-tales-of/
Posted by FCEtier at 5:29 PM No comments: 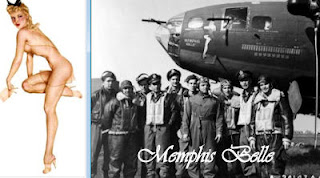 Vargas’ work is considered by many critics and aficionados to be some of, if not the best, of the pin-up and illustrator category. It is both inspired and inspiring and therefore some of the most copied. A Google search for “alberto vargas” yields 2,240,000 results. Delving into that search, you can still find specific site references to Vargas’ beautiful, sensual, exotic women nineteen pages deep.

A search on YouTube for “vargas girls” turns up an amazing 750 results; that’s a lot of video clips! It must be mind boggling for curators of his work and representatives of his estate to protect the images from those who would use his incredible talent and amazing work for personal gain. Out of millions of reproductions of his work, there’s just no telling how many are meant to honor the man and his work and how many are malicious attempts to capitalize on the name/ “Vargas” for personal gain. No doubt, Playboy magazine has an interest in various copyrighted works as well – Vargas became a household name because of Hugh Hefner.

As they say, imitation is the sincerest form of flattery and it was proven time and again in the military. Countless aircraft carried images (many inspired or copied from Vargas) of scantily clad women with suggestive names. Shown above is the “Memphis Belle” along with the original Vargas girl that inspired the nose art. (Image credit: B24BestWeb.com)

Check out my article commemorating the 115th anniversary of the birth

Posted by FCEtier at 1:41 PM No comments:

My total cholesterol blood value has hovered around 200 for over 15 years. Last year it was 237. We're waiting on results of lab tests done last week to see how it stands now. After reading and reviewing this new book, I'm VERY reluctant to consider oral meds.
When the first studies came out indicating that cholesterol could be a contributing factor to atherosclerosis and heart attacks, the "normal" range of blood levels for total cholesterol was established as 150 to 300. Over the years, the higher end of the range has been lowered. Dr. Curtis says it was lowered with no evidence to support the change.
Here is my review of his book: http://technorati.com/lifestyle/article/the-cholesterol-delusion-by-ernest-n/
Check it out and see what you think. If you or someone you love is taking or thinking about taking drugs to lower your cholesterol, the modest investment in time and money in this book could make a difference!
Posted by FCEtier at 7:40 AM 1 comment: 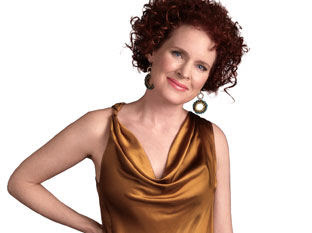 Jazz pianist, Lynne Arriale will be releasing her eleventh CD on February 8, 2011. It's dynamite!
Jazz fans and newcomers to the genre with both enjoy this new album. Read my complete review here: http://technorati.com/entertainment/music/article/convergence-mdash-lynne-arriales-latest-release/
Posted by FCEtier at 5:38 PM No comments:

“Is that an iPad in your pocket, or are you just happy to see me?” – Mae West would most likely enjoy the opportunities that our media-driven world now offers for more people to be happy to see her. Whether you’re using the new Playboy Hard Drive or looking forward to the just announced Playboy feature (about to be available on iPad) to fill your eyes with beautiful models, opportunities abound.

No longer will viewers need to rely on hiding their covertly obtained copies of the magazine in their closet or under the bed. Now when an unwanted pair of eyes approaches, you can minimize the screen – just like on a computer – or simply put your iPad face down.

Hef is in the process of taking over control of the Bunny Empire and has over the years learned that there is no such thing as bad publicity or a bad review. Since news came out about the possible buy-out, Playboy Enterprises has been in the news constantly. Last fall came the announcement of the Playboy Hard Drive and the news that more Playboy Clubs are on the drawing board. A new line of “retro” oriented Playboy products was revealed. Now the iPad thing has the attention of all the media news bureaus and others such as Device, PC magazine, and Forbes.

Forbes reports, “According to a Playboy spokeswoman, the content will be accessible through a ‘web-based subscription service’ that can be opened on the iPad. Meanwhile, iPad users will be able to access a nudity-free Playboy iPad app that meets Apple’s current guidelines.”

Hefner’s recent moves could be counterproductive. Playboy products are multiplying like rabbits! If he’s too successful, the term, “Playboy” could become too commonly used and endanger his copyright just like Xerox, Kleenex, PhotoShop, Jell-O, Band-Aid and aspirin.

Posted by FCEtier at 9:33 PM No comments: