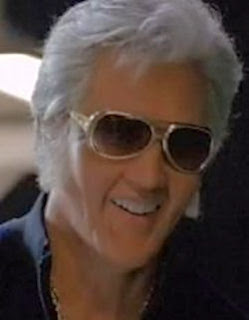 Why can't the mainstream media pick up a really good story?  When all the best stuff comes out, we're often left to rely on documentary films to tell us the whole (real?) story.
Such is the case with the return of Elvis "The King" Presley.  Documentary film producer, Joel Gilbert, brings us the story and is reviewed by my wife, HERE.  Accompanying the DVD was a recently released "Comeback" album from Elvis himself.  The CD includes some fresh covers of some of Elvis's most poplar tunes and rock and roll classics (such as Every Step You Take by The Police) along with a new composition, "Lisa Marie" especially for this project.  You can find my review of the CD, HERE.
Join the more than 50,000,000 Elvis fans in welcoming his return!
Posted by FCEtier at 7:02 PM 2 comments:

MCMXII - A centennial and a half 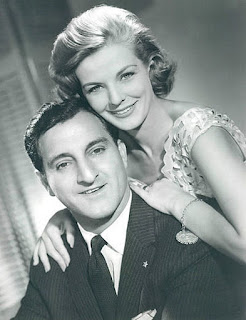 Pictured above are Danny Thomas and Marjorie Lord, stars of  Make Room for Daddy that aired on CBS in the early fifties. (Image credit: WikiCommons)  I remember it from syndication.  I recently started a series of articles on subjects that celebrate their centennial in 2012.  Thanks to "Miss Bob," I narrowly missed getting this story.  Today, Jan. 6, 2012 is not only Epiphany, but it's the 100th anniversary of Danny Thomas's birth.  It is also the Golden Anniversary of St. Jude's Children's Research Hospital which Thomas founded.  Check out my story HERE.
Posted by FCEtier at 6:19 PM No comments: 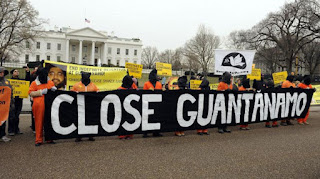 January 5, 2012 will mark the tenth anniversary of the Guantanamo Detention Center.  The use of torture to obtain information varies from country to country and differs also by culture. The timeliness and importance of the information needed are also factors.  The use of torture is typically denounced and at the same time used continuously -- even by the countries that denounce it.
Internment of one's enemies is also a tactic that is used and it, too, is perceived differently by other cultures.
And then there's capital punishment.  What a can of worms!
These issues and more are all included in a best selling novel by Andre Le Gallo, Satan's Spy. We spoke recently and I asked him about these topics.  Here is his reply:
Le Gallo:  Both the internment of Japanese Americans and the use of Guantánamo reflect national security policies crafted to deal with the perceived threats of the time.   To my knowledge there was no popular outcry at FDR's  executive order and the use of Guantánamo has now received bipartisan imprematurs by two very different administrations, Bush's and Obama's.   An interesting, and unintended, consequence of  leftist uproar  over the Bush counter terrorist policies has been an increase in the loss of life and intelligence. Rather than face opposition from its core supporters, the Obama administration has chosen to kill rather than capture enemy combatants in spite of their intelligence potential.
Interesting comments from a former CIA agent.
My review of Satan's Spy can be found HERE.
Posted by FCEtier at 11:04 AM No comments: