The Eight Sentences:
"Claudia, you've known me since you were six or seven years old, don't you remember? You would often point me out to your grandfather and say, 'Look, Grandpa Hooligan, there's Mr. Debert.'"
"You know what I called him."
"Why shouldn't I -- I was always around."
They sat together in companionable silence while she thought. Finally, she said, "I'll wear a white scarf when I want to see you."
"What about after Labor Day?" he asked sincerely. 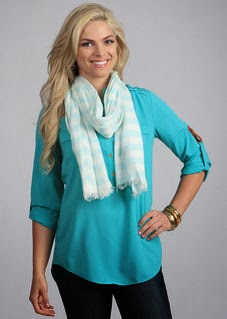 "That's for shoes," she said with a note of sarcasm.

The Back Story:
Today's snippet comes from the flashback at the beginning of Part 2 of The Tourist Killer. Here, readers meet the mysterious "Mr. Debert" (day-bear), Claudia's confidant, one of only two people with whom she can discuss any aspects of her career. She's decided she can trust him and they make arrangements for scheduling meetings.

The Eight Sentences
"Not many shooters — regardless of sex — have the resume I’ve acquired, my vision is remarkable for any human. When I chose this career, it was obvious that I would never be in the limelight. I’ll be happy to be just as anonymous as you.” Claudia had resigned herself to anonymity even before the choice of professions. She had taken herself out of the fight for women’s rights with the selection of careers. She couldn’t attract attention to herself advocating any issue publicly and then hope to reach the upper echelons of her craft. She could, and did, find ways to make financial contributions to the cause. After her first few jobs, she had stashed away enough funds to live happily ever after — when and — if she ever retired.

The Back Story
Readers meet professional assassin, Claudia Barry, when she's sixty-two years old and considering retirement. How do we tell her story and establish her current status without some flashbacks?
My original manuscript was cluttered and confusing due to the flashbacks.
My editor/publisher had a brilliant idea. Divide the book into sections and open each one with a flashback related to, or supporting the action in that section.
Remember the movie, Fried Green Tomatoes? It was structured similarly.

They're here, they're there -- they're everywhere!

She replied, “Name a few of the organizations you would consider if you believed in conspiracies.”
Without hesitation, Hixon said, “The Council on Foreign Relations, the CIA, the Bilderbergers, Trilateral Commission, should I continue?”
“Yes,” she said, “please do.”
“The Freemasons, Skull and Bones, the Knights Templar, Illuminati, Opus Dei, Knights of Columbus, the Schutzstaffel, Rosicrucians, Scientology, the KKK, the Costa Nostra, Al Qaeda, and the UMYF.”
“Did you ever read Ayn Rand’s book, Atlas Shrugged?”
Hixon raised his eyebrows and shrugged, “No, but I read The Fountainhead, why?”
“She had a fictitious organization in the book called, ‘Friends of Global Progress.’ They claimed to have interests in psychology, folk music, and co-operative farming, and after decades of being known simply as ‘The Council,’ Thibaut’s group stole that name from Rand -- obviously they had more pernicious interests.”

In this scene from The Presidents Club, Thibaut's secretary, Rosemary Woods, is talking to John Hixon about the organization to which her boss had been named Chairman. The image below comes from Wikipedia and depicts the wide variety of members in the Council on Foreign Relations (one of Hixon's examples). 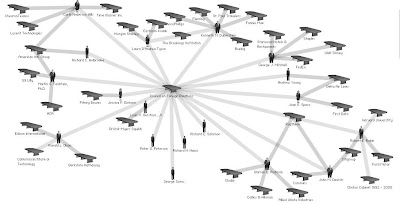 The Eight Sentences
Then back into the phone, Hixon asked, “So how’s Sweet Melinda?”
Dillon shouted, “The peasants call her the goddess of gloom.”
“Give her my love and tell her that the last time we were together, she left me howling at the moon.”
Thibaut could hear a deep raspy cough come from the phone. It sounded like the last gasp of a dying soul with chronic lung disease.
Hixon was about to end the conversation; he could see Betty Lou coming toward them with her arms loaded with plates and saucers balancing their breakfast better than the guy on Ed Sullivan spinning plates, “So you think you can fix us up?”
“Yes, I think it can be easily done. Out on Highway sixty-one,” and Dillon disconnected.

The Set Up
Another scene from The Tourist Killer.
Publisher has a big push scheduled for TTK starting next Monday, Sept. 16. A direct mail campaign to subscribers who prefer this genre.
This is the end of a telephone conversation between John Hixon and his old hippie friend, Robert Dillon. After spending a week in the desert with Carlos Casteneda back in the sixties, Dillion began speaking using only lyrics from Bob Dylan songs.
Hixon humored him and often joined the banter with Dylan lyrics, also.
Lyrics featured in this snippett come from "Just Like Tom Thumb's Blues" and "Highway Sixty-one."

Here's the Facebook link for the  Sunday Snippett group.
Posted by FCEtier at 5:00 PM 15 comments: