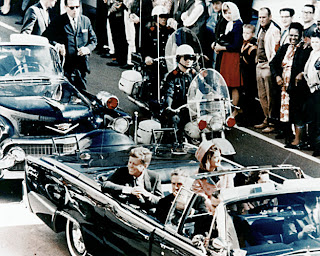 Forty-nine years after the Kennedy assassination, my first novel has been published and features a woman who is an elite professional assassin.
She may never become a household name in our culture.
She could possibly experience her fifteen minutes of fame with baby boomers.
She doesn’t use hash. She likes vodka and cranberry.
She’s not in the CIA.
She goes by only two names.
Claudia Barry.
Posted by FCEtier at 3:30 PM