Guest blogger, Boyd Lemon on "How I Discovered My Passion: Writing" 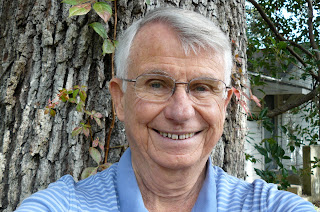 My guest blogger this week is Boyd Lemon. We met online through our mutual interest in both indie publishing and baby boomers.  After a 40-year career as a top and nationally recognized attorney, Boyd discovered his passion, writing, and pursued it in the idyllic coastal town of Ventura, California; the literary, art and music scenes of Boston; a Bohemian year on the Left Bank in Paris; and finally by the bucolic rivers and forests of St. Marys, Georgia.  He has written five full length and two short books.  Boyd’s website provides excerpts, reviews and information on all of his books.  http://www.BoydLemon-Writer.com.

In 2005 I was a lawyer practicing primarily in the field of attorney malpractice.  I had never considered writing a book.  One day I received an email from a publisher asking me if I would be interested in writing a book on legal malpractice.  I jumped at the chance because it would enhance my reputation as an expert in the field.
Much to my surprise, I thoroughly enjoyed the writing and publishing process and finished the book in 2006. Finishing the book was fulfilling and I was proud of it—Boyd Lemon, the author. It sounded good to me.
I thought it would be fun to write fiction, still not thinking about it as something to do during retirement. I told a friend, who happened to be a writer, that I wanted to try writing fiction, but that I didn’t think I had any creative ability. The response was all I needed to push me forward:
“Everybody has creative ability. It’s just a matter of developing and expressing it.”
I had heard that novice writers should write about what they know. So without knowing anything about writing fiction, I sat down and started a short story based on my experience taking care of a baby to help her mother, who was the daughter of a close friend. I intended to add fictional twists and turns to make an interesting story. I finished it in a couple of weeks, enjoyed the process and was astonished that the writing process made me realize how attached I had become to the baby girl. The writer friend critiqued it, and I revised it several times. I didn’t know it at the time, but the two most common criticisms of novice fiction writers stood out: create and resolve tension, and show, don’t tell. In the months to come I would read those two principles many times, as I read books on writing fiction.
I bought a book, Writing Down the Bones by Natalie Goldberg. I read it and was impressed by Goldberg’s technique of writing practice: sit down with a notebook and a fast writing pen, think of a prompt or topic and write whatever comes into your head for a timed period—10 minutes, 20 minutes, best to keep it short at first; don’t attempt to write a book for two years. I bought two other books on writing that Goldberg had written and devoured them. Goldberg’s website announced that she gave workshops. Attending Goldberg’s workshops settled in the back of my mind.
During the following two years, I read many other books on writing, and I wrote a dozen short stories. I connected with writers on the Internet and learned from the critiques of other writers. I also formed a group with two other writers who met monthly, wrote and critiqued each other’s work.
I attended two of Natalie Goldberg’s week-long writing workshops in New Mexico during 2007 and continued to write short stories. In class, which is set up as a Buddhist Zendo, in addition to sitting and slow walking meditation, she gave us prompts for timed writing. “I remember…. Go for ten minutes.” Thirty minutes is the longest, but usually the timed writings are 10 to 20 minutes. We were encouraged to keep our pens moving and not cross out anything; write whatever comes into our minds. We read aloud what we had written, but no comments were allowed. She wanted us to be free to write from deep within and not worry about what we or others might think of our writing. We did other things, but the meditation, timed writings and reading aloud are the core of her teaching. The object is to slow down our minds so that we dig deep and write our personal truths. I learned from Natalie Goldberg that good writing must be true, simple and from the heart.
Natalie’s method, to some, may sound like New Age baloney, but for most of us it works. My writing is better and more focused during and for a while after one of these workshops. The difficulty is finding the self-discipline to keep up the writing practice and meditation outside of the workshops. Sometimes I do, and sometimes I don’t. I’m only human.
Someone told me that drawing would help develop the right side of my brain, the side primarily responsible for creative activities. I took drawing lessons and read books on drawing by Betty Edwards.
Although I reduced my work hours, I continued to practice law, worked on my short stories and made drawings. By this time, I knew that I had found my passion. In retirement I would be a writer.
Since then I have written six books: three memoirs, two collections of my short stories and a short book about a driving trip across the United States.  My first was Digging Deep: A Writer Uncovers His Marriages, an excruciatingly painful memoir to write, about my journey to understand my role in the destruction of my three marriages; but in the end, it was healing.  Next I wrote about living in Paris for a year, Eat, Walk, Write: An American Senior’s Year of Adventure in Paris and Tuscany.
My most recent memoir was published a few weeks ago: Retirement: A Memoir and Guide.  Many people do not prepare for the emotional challenges in going from a full time job to retirement. They feel a lack of purpose, often loneliness and even depression.  Retirement is something that I did right, and I believe this book will help others live a happy and fulfilling retirement like I am.

––Retirement: A Memoir and Guide by Boyd Lemon can be purchased on Amazon, Barnes and Noble or ordered from any bookstore.  For excerpts, reviews and the Table of Contents, check out Boyd’s website: http://BoydLemon-Writer.com.