How do you select names for your characters? 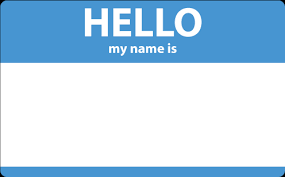 A blog article grabbed my attention and wouldn’t let go.

“What if three and a half billion people knew your main character’s name?” by Colin Falconer recently appeared on my publisher’s site (Venture Galleries.)

It got me thinking about memorable characters and, as a writer, what makes a name and its character memorable?

One of my favorite novels is When All the World Was Young. The main character is Porter Osborne. He's like a brother. I'll never forget his name.

I’ve read all of Michael Crichton’s books and most of John Grisham’s. The only name of any of either of their characters I can remember is Mitch McDeere. Many of the characters were memorable for their deeds, misdeeds, and well, their character. But remember their names?

Let’s up the ante a bit.  Would the three and a half billion people who know James Bond be able to score well on this quiz of five easy pieces?

1. “Everybody goes to Rick’s.” Yeah, well, what’s his last name?
2. Casablanca typically ranks high in many “best movies of all time lists”, so what was Ilsa’s last name?
3. The Godfather is another favorite.  What were the first and last names of the woman who married Michael (not Apollonia in Italy)?
4. What was Mr. Goldfinger’s first name?
5. What was the name of John Travolta’s character in Pulp Fiction?

If you want to cheat, go to: http://www.imdb.com/
Give it a shot without cheating first.
How’d you do?

Let’s get back to the dilemma authors face when choosing names for their characters.
What author wouldn’t want several billion people to know their main character by name?
I’d be happy if a few thousand people recognized the name, “Claudia Barry” or “John Hixon.”

A few months ago, I was invited to speak to a local book club about my first novel, The Tourist Killer.  One of the questions they asked me was how I selected Claudia’s name.  Maybe Ian Fleming could get away with cutesy puns and names that were descriptive of his secondary characters, but I thought that as a rookie, it would be best to avoid naming a professional assassin, Katrina Coldblood who had a lover named Colt Caliber. Actually, I’m not into choosing names that way at all, although I did name one character Robert Dillon. He was the guy who spoke only in Bob Dylan lyrics.

My wife, Miss Bob, helped me in many ways with The Tourist Killer and she suggested “Claudia.” Her suggestion reminded me of a long ago acquaintance. In the first grade, I met a little girl named “Claudia.” She moved away before the second grade, but her name stuck in my mind. With a bit of research, I learned that, “Barry” is an old Irish word that means, “spear.”  You could use a spear to kill someone, so Claudia Barry, a name that may be as blase’,as James Bond, was born.

As a reviewer, I don’t usually take off a star in the ratings for corny names, but I do find them annoying.

As a reader, if there are too many examples of silly name games, I may quit reading.

Maybe a character with a boring name will be more memorable for the kind of person they are than for their name.