The Set Up:
John Hixon, a character common to my first two novels, The Tourist Killer, and The Presidents Club is a former FBI agent.
He is also a devil's advocate -- at least when it comes to conspiracy theories.
In this week's snippet, the gang of retirees at The Louisville Tavern are discussing that very topic. Let's join them.

“What’s the difference in a ‘plot’ and a ‘conspiracy’?” asked Woody Risk after a long sip of draft beer.
“They’re the same thing,” York replied, always so sure of himself. 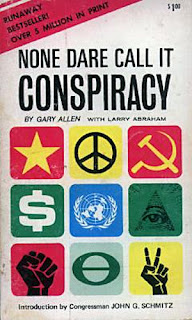 Ron Gold began his reply with a deep, hearty belly laugh, then commented, “A conspiracy is when you get caught!”
The others laughed with him, then York countered with, “Was Bill Clinton’s fling with Monica a conspiracy? He got caught.”
Risk looked at Ulysses Fishinghawk, “You’re our resident linguist, Dr. Fishinghawk. What’s the answer?”
“One person can have a plot. A conspiracy needs more than one person involved.”
York burst out, “See! I was right! The ‘Monica Lewinsky Affair’ was a right-wing conspiracy to impeach the President.”
Risk said, “I thought a conspiracy by definition involved doing something bad.”

Like what you see and read? Want to read samples of more great writers?
What to join us?
Check the home site HERE. Sign up today!
You can find us on FaceBook at this link: https://www.facebook.com/groups/SnippetSunday/