News
The Presidents Club will be presented twice a week starting this week. Wednesday, March 6 is the big day (Chapter Ten). From now on, readers will get one chapter on Sunday and an additional one on Wednesdays.  My weekly blog article on the same site will move to Fridays. Happy reading!

The Set Up
The old men in the Louisville Tavern had sent their youngest member out into the dark to investigate the explosion that had left the bar in darkness. As we join the scene, Franklin York has just returned to the bar.

The Eight Sentences
York was rattled.


He had difficulty finding a bar stool.
The flashlight in his hands betrayed his claim, “I’m alright.”
The beam was a desperate searchlight seeking a target in vain. 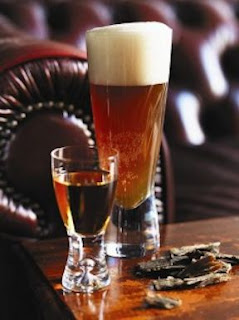 The men in the bar were rattled by York’s behavior.
They were all anxious to hear what York had to report about the explosion but didn’t press him.


The silence was unbearable and seconds seemed like hours.
York spoke to Louie in the dark, “Gimme a shot of Jack Daniels -- and another beer.”

And now...
For samples of over five dozen other great writers, visit the web page for Weekend Writing Warriors.
Posted by FCEtier at 5:30 PM