All of my remaining snippets for SSS will be from my second novel, The Presidents Club, which premieres as a weekly serial on Sunday, January 6, 2013 on my publishers web site. Since we won't have SSS soon, you can get an entire chapter, each week, -- FREE. Eventually, the entire book will be available in both e-book and trade paperback.

Today, one of the group of old men who hang out together in a bar, whose first names are those of former U.S. Presidents, is speaking. Dr. George Risk has just received an update on the condition of another patron of the Louisville Tavern...

“There’s more to it men. I just heard from a doctor friend of mine. Franklin got attacked at the bus stop the other night after leaving here. Died a few hours later in the emergency room at Kene—.”
An explosion in the street ended the conversation.
All was dark inside the Louisville Tavern. 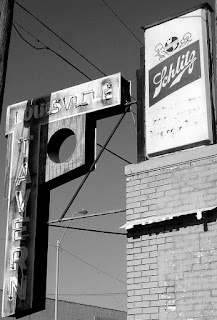 "Lagniappe" is one of my favorite words. It's a Cajun term for "something else for free that you didn't expect." We hope you enjoyed our cliffhanger above and will visit the home site of Six Sentence Sunday to sample the work of other great writers HERE.
Posted by FCEtier at 11:56 AM