More on MLM in the 21st Century 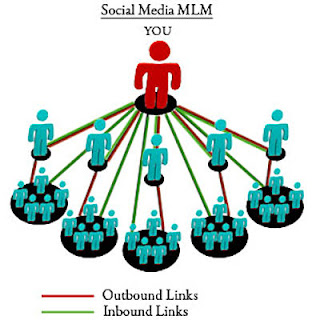 Yes, that's it. A pharmacist friend invited us over to his house
to find out about a business opportunity. He couldn't tell me much about it over the phone, but we went.
It was my first exposure to Amway. We joined.
Between 1976 and 1996 I got involved in multi-level marketing -- three times.  It turned out that I could sell. Recruiting was a problem.  At that time, the company I repeatedly joined was enamored with the“mystery approach.”  Over the years, I think they may have moved away from that method of recruiting. It later became known as "network marketing." Now, it's on the Internet.  No matter, many people around the world have made fortunes not only with this organization, but with the many hybrids it spawned.

In this second article of a series on multi-level marketing, we are joined by guest blogger, Joseph "Marty" Miles.

Here, in his own words, is a bit about him:
Born and raised in the small river town of Parkersburg West Virginia.
After a tragic event at the age of 5, I was left without my mother. This deeply affected my awareness and trust with the world. I served a three year term with the United States Army from February 1998 to February of 2001 and was stationed in Fort Hood Tx with 1-8 Cavalry Mustangs!

Now I focus on being as vulnerable as I can -- to undo my past conditioning. I now reside in the town of Sahuarita Az  spending most of my time with my family and working on building my financial independence, education and leadership development business. I am a personal development advocate and entrepreneur at heart.

I asked Marty, "Does the opportunity still have the same potential today?"

Miles: Multi-level marketing has even more potential than it ever did back in the 70's. As you know, the world is a lot more connected. The new economy will be a global one. Social Capital will be the currency. Network Marketing when utilized with the right business model can be pretty amazing. However choosing the right company in the sea of MLM can be a very frustrating task if you don't know what to look for.

Professional Network Marketers know exactly what criteria it takes to produce the kind of residual income that makes you smile. Beyond MLM, the personal development journey you have when starting your own business is the real gem. In a sense you have to become a better person to succeed in your business. This is the industry that has and will continue to change the world in a positive way. Personal Development is doing what many organizations struggle to accomplish. That is... making better people.