The Set Up
Today's excerpt comes from Chapter Six of my serial novel, The Presidents Club. In Chapter Four, one of the characters, Ronald Gold, watched a documentary on public television, More Than One Vote. Although the documentary is fictitious, a dear friend of mine from New York wrote a review of it for me [link above on title].
We join Mr. Gold and one of his friends as they discuss the documentary...

The Six Sentences
"It seemed like they wanted to educate kids about how the government is supposed to work as opposed to how it is working.”
“Yeah, like that’s going to change anytime soon,” Abe laughed. 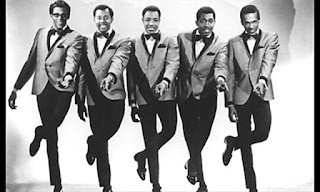 “I’m telling you, man. This was impressive. I haven’t heard anything so sincere since the Temptations sang, ‘My Girl’ on Ed Sullivan,” and Gold smiled.
They could hear the dominoes being shuffled again,so Abe spun around on his bar stool to face the gamesmen and asked, “How many of y’all vote?”
His answer was four stares as blank as the domino with no spots.
After a pause, York spoke up, “You mean in elections?”

More...
To sample the work of dozens of other Weekend Writer Warriors, just click HERE.
Posted by FCEtier at 5:14 PM